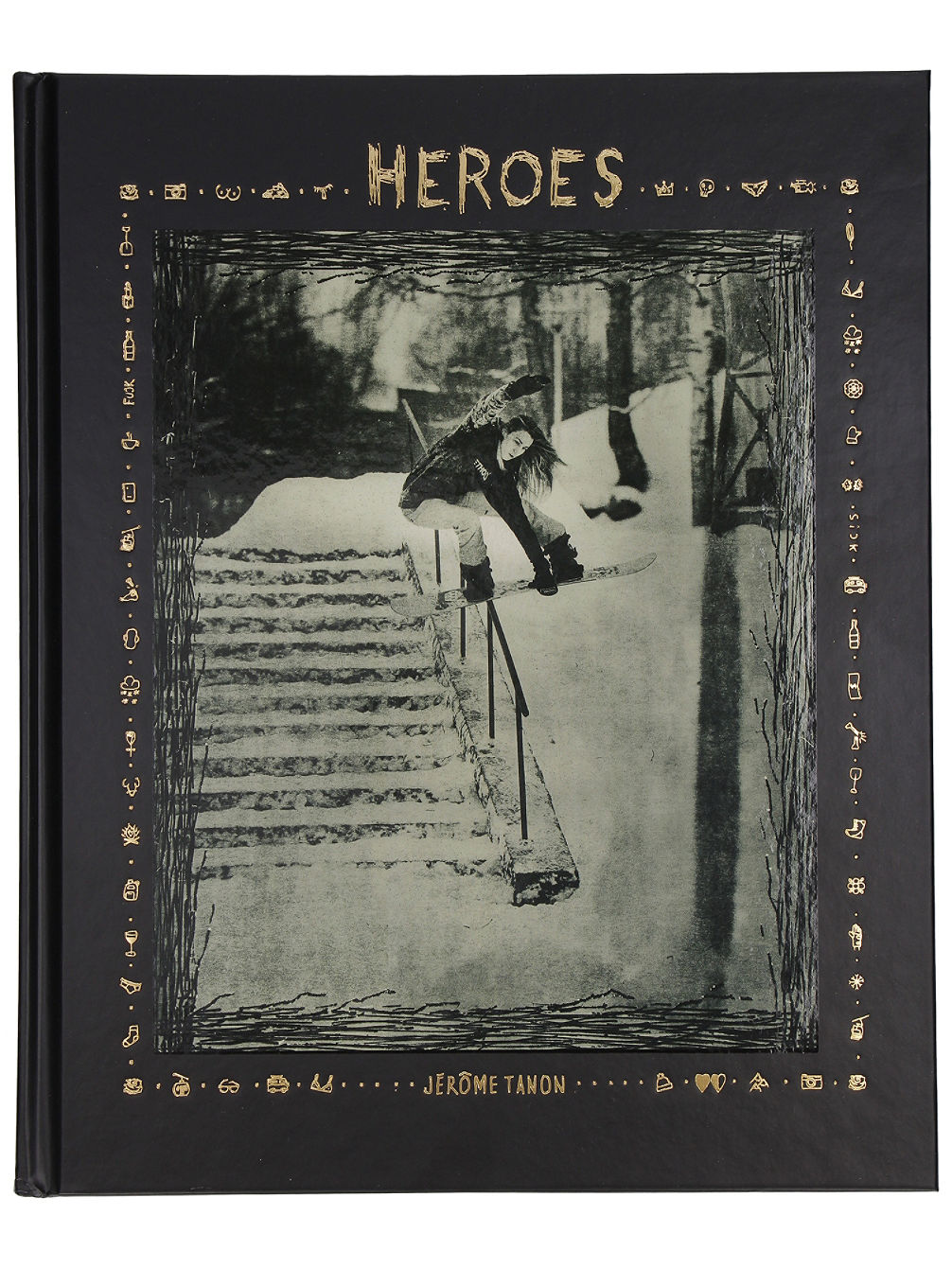 A book with lots of impressive photographs, personal stories and self-designed artwork of the snowboarders. Dedicated to all female snowboarders who want to celebrate their passion and give their stories a voice.

Women's snowboarding has developed radically over the last decade but there is a great lack of photos of these impressive female snowboarders. They are absolute heroines, crass rippers and independent bad-ass ladies!

For almost two years, Jérôme Tanon has been on a journey across the world to make the missing action shoots. Equipped with his Pentax 6x7 analogue camera, he has travelled from France to Austria, Switzerland, Canada, the USA and Finland.
On the way, he has accompanied snowboard legends like Annie Boulanger, Marie-France Roy, Robin Van Gyn, Desiree Melancon and Anna Gasser. He has documented the private sessions on slopes, in the park, in the backcountry and at urban spots. But he was also present at big events such as the Audi Nines and Ms. Superpark to capture their driving skills for eternity.

Jerome Tanon has managed to document the commitment of these ladies in the book "Heroes - Women in Snowboarding". He is not only overwhelmed by the skills but also by the passion that burns in every woman. We too are overwhelmed and incredibly proud to share his masterpiece with you.

Learn more about the idea and the development behind Jérôme's book here. ​

Meet the ladies in HEROES
This book is called Heroes for a reason. The female riders portrayed are some of the most inspiring and committed females in snowboarding. Annie Boulanger, Marie-France Roy, Robin Van Gyn, Desiree Melancon and Anna Gasser are just some of the heroines you'll get to know more about. But not only the legends, but also the underdogs and hidden talents are featured in this book. Besides stunning analogue action shots, you'll be treated with some passionate texts and artwork the riders contributed themselves. So much talent and inspiration - not only on the snowboard.

Meet the photographer behind this book
Jérôme Tanon is one of the best-known photographers in the snowboard industry and a creative allrounder. His projects are always filled with passion for the sport and lifestyle that brings us all together. For almost two years Jérôme took a sharp turn in his career and embarked on a journey to fill the leak of missing action shots of female snowboarders. It did not matter to him how much it would cost. “I did it for the love of it”. The only thing that mattered to him was the message - giving these girls a chance to share their passion and a voice to tell their stories.

Features
How do like the product? Your feedback is important to us.
(4.0)
Good

A must have for all women in Snowboarding. Amazing book, incredible pictures, outstandig women.
Helpful?
2