Rip Curl - Surfing as a Way of Life 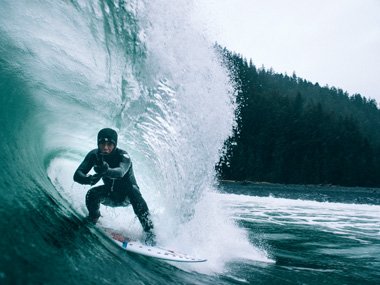 A garage, Torquay, Australia, 1969: Two motivated surfers, Doug „Claw“ Warbrick and Brian Singer bring the surf label Rip Curl into being. They started out produced surfboards, before quickly deciding to supply local surfers with neoprene wetsuits. These days, the world-renowned brand also produces streetwear and outerwear to go alongside their surf equipment. They are heavily engaged with environmental protection, something that heavily influences and really comes through in their products.

Rip Curl’s main aim was simple: to improve and optimize wetsuits. The brand knew straight away what needed to be done when it came to materials and design.

In 1971 Rip Curl became the first brand to introduce underarm gussets in their wetsuits, thereby solving one of the biggest gripes of surfers across the globe at the time. Rip Curl also knew that thinner neoprene could provide huge improvements for freedom of movement and as quickly as they had thought it, they released the first wetsuit featuring areas of thinner neoprene in 1974. Years of neoprene related innovations followed and by 1990, thanks to Super Xpandx seams, wetsuits were more flexible, more durable and, crucially, much warmer. In 1996 they premiered a whole new kind of wetsuit, the Zip Free - which was even seamless too. Three time world champion Damien Hardman had the following to say about them: “They’re just so good. Once you’ve worn a Rip Curl Zip Free, you’ll never want to wear a zippered wetsuit again!” In 2008, Rip Curl introduced another world first: The World’s first power heated wetsuit. A heated wetsuit the likes of which the world had never before seen - a revolution in surfing. There’s no end in sight for their tinkering, so stay tuned!

No other wetsuit brand is worn as regularly by surf champions as Rip Curl - that’s pretty strong testimony; don’t you think?

Rip Curl’s “Flashbomb” line has won the “Wetsuit of the Year” award no fewer than three times to date. Flashbombs are made of ultra-flexible neoprene making paddling orders of magnitude easier than with conventional neoprene. The special Flash Lining swiftly transports water into a second layer through which it quickly drains out of your wetsuit, making it not just much more comfortable, but also allowing your suit to dry in the blink of an eye.
Rip Curl have also taken a close interest in the seams of their wetsuits. High end models like the Flashbomb have taped seams to prevent water from seeping in. Wetsuits with blind stitched or flatlock seams are not just more comfortable to wear - they also eliminate sore patches that are more common with suits that have protruding seams.

If your surf trip takes you to the warmer waters of our fine planet, Rip Curl also offer a range of excellent Lycra rash vests, which protect you from both the sun and those pesky rashes and grazes that you might pick up from paddling. Rip Curl put an emphasis on style and quality - the perfect combination. 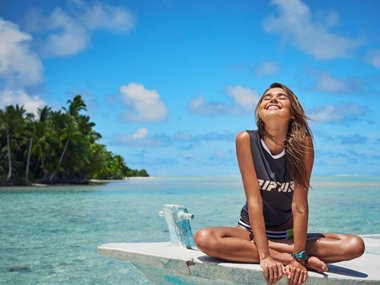 Need a pair of boardshorts or a bikini for when you’re not out on the water? Rip Curl have your back. Working closely with their team riders, Rip Curl are constantly developing new trends and new technologies in the search for the perfect summer swimwear - if you’re looking for bright colours and exciting patterns, you’ve come to the right place.

Take the ladies’ Alana’s Closet collection - This collection of goodies is straight out of pro surfer Alana Blanchard’s closet and will have surf girls’ pulses racing! Take a look; you’ll love what you find!

Another new arrival to the Rip Curl product line are the so-called boardwalks - high elasticity, quick-drying shorts that act like boardshorts, but look like walk shorts. Rad!

Summer vibes and Rip Curl streetwear go hand in hand. Their range of fashionable t-shirts, shorts, skirts and dresses are sure to get you in to holiday mode! Even if the weather doesn’t play ball, Rip Curl also offer a range of jackets and windbreakers to keep you warm regardless. From onesies to shirts, this label has everything you could ever want!

The Right Outerwear is Half the Battle! 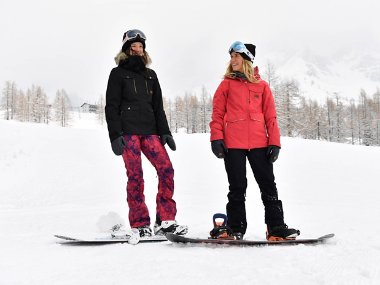 Rip Curl’s love of board sports doesn’t stop at surfing, oh no. They bring their penchant for high quality and on-trend design to the mountains too!

Take their Gum series for example. This range of snowwear from the Australian brand moves with you - depending on the model, these jackets come with 2-way or 4-way stretch, giving you up to 45% more flexibility. Outerwear will never get in the way again, so stretch for those grabs like you mean it. Naturally, these snow jackets are also highly breathable with a high water column to boot. Ride on!

Ticket Booked - All You Need Is the Right Luggage!

Whether you’re off to Bali or to Uni, Rip Curl backpacks, suitcases and bags are designed to come with you anywhere.
Keep your surfboard cosy and safe in one of their board bags, or if you can’t quite make it to the coast, how about a sweet handbag with cosmetics bag for the ladies?
Wherever you go, take Rip Curl with you! 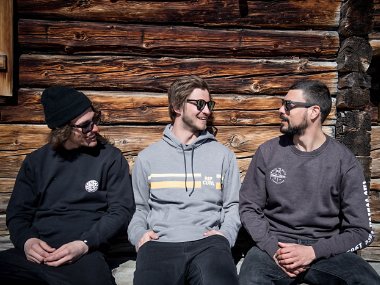 We all enjoy the blue planet and we all appreciate nature, but it’s becoming more and more clear that, without a functioning ecosystem we’ll soon only be able to practice our sport in some protective glass dome. Sure, snow domes and wave pools are an alternative, but they are nothing in comparison to nature, and Rip Curl knows it.

They regularly organise beach and mountain clean ups and use bio-degradable and recovered materials in their products and recycle their wetsuits, using them to make the soles for new sandals. They also proved their eco-credentials in a super creative way in the last few years, re-using their event banners to make bags for their Easter Sales in Hossegor. A bit of surf-history recycled and used - that’s the way to do it.

The label from down under, up top at Blue Tomato!