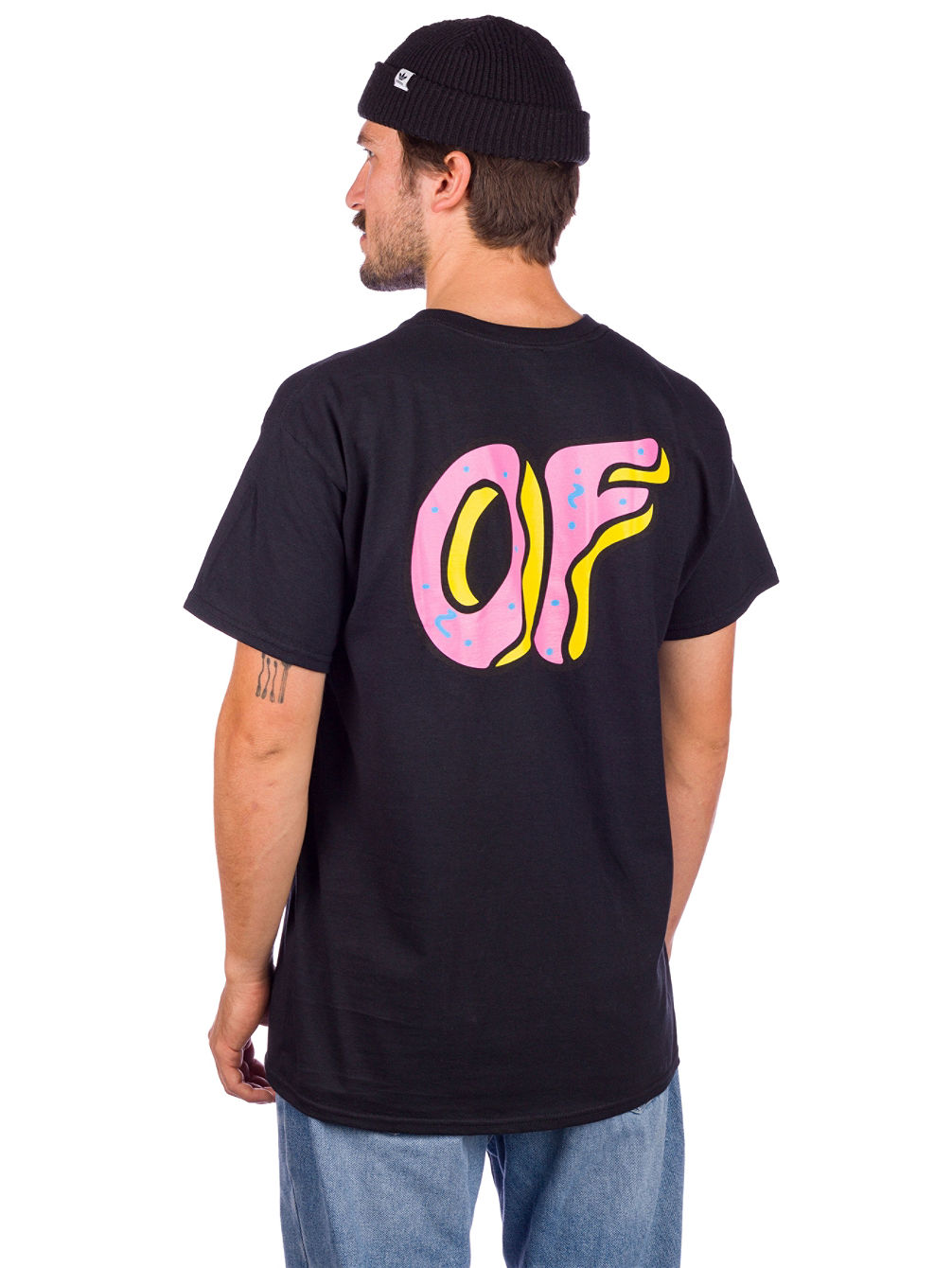 To bite into: The OF Donut T-Shirt from Odd Future

When a donut meets Odd Future, it can only make a cool T-shirt! Because every black T-shirt can take a little tension, the OF Donut T-shirt from Odd Future comes with a chest print consisting of initials from Odd Future in a donut design! And to underline the love for donuts once again, the whole thing is hidden on a large scale on the back as well.

I always wanted OF merch and this is just overal
Good quality for price.
Hjælpsomt?