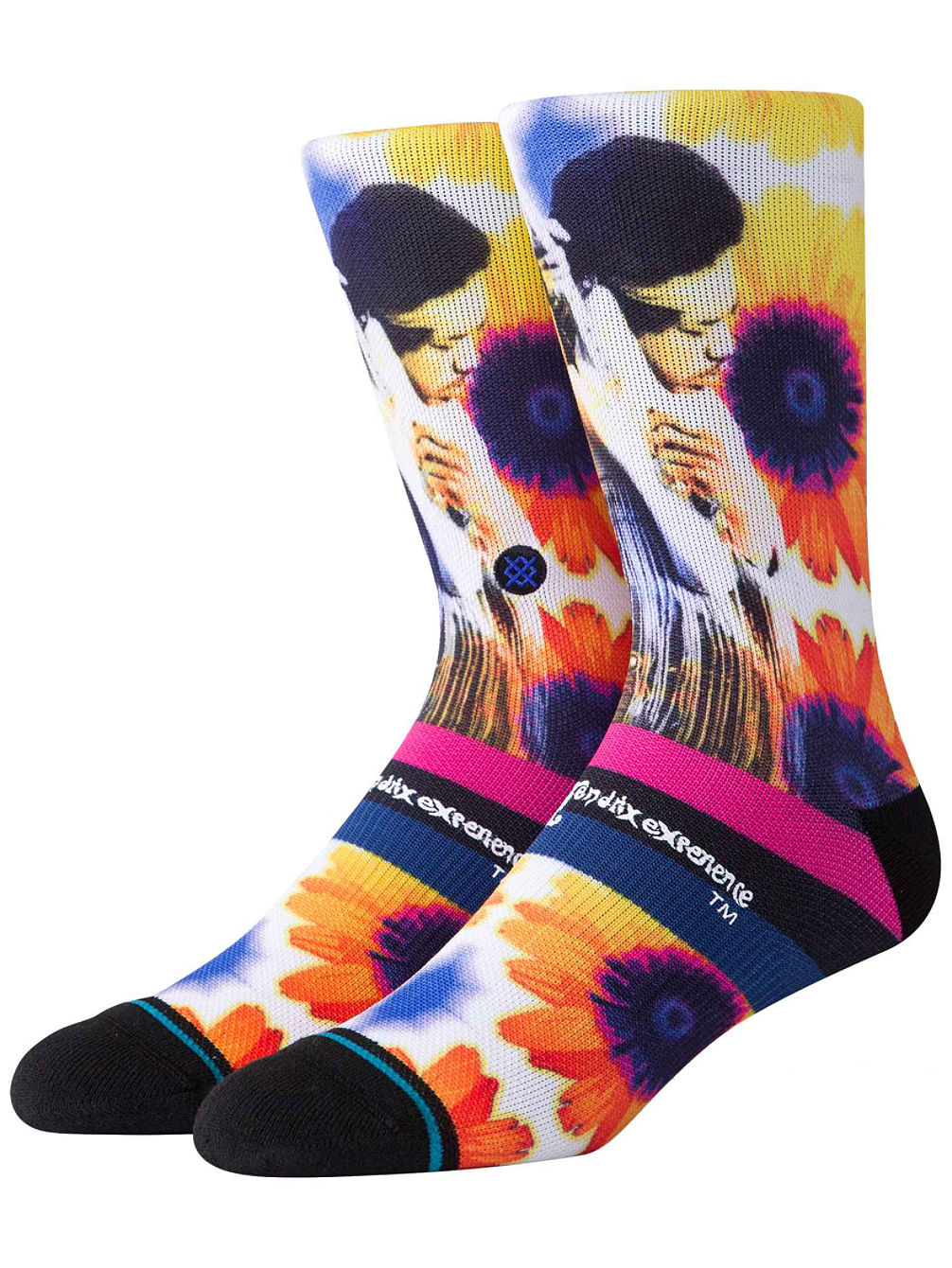 American rock legend Jimi Hendrix is regarded as one of the most explosive and influential musicians of the 20th century. Charming audiences with his powerful electric guitar-playing skills and eccentric fashion sense, Hendrix produced an amazing collection of songs that’s left an indelible mark that continues to inspire and influence artists today. What he accomplished in his short 27 years on Earth would profoundly and forever change the rock music landscape.

Stance has managed to turn socks into a fun and exciting accessory in just five short years. They have brought life into something that long went overlooked, and have sparked a movement of art and self-expression. Their self-confidence and professionalism have brought a group of athletes, musicians, and artists known as the Punks & Poets to the brand, which help to shape the look and feel of the company and its art.