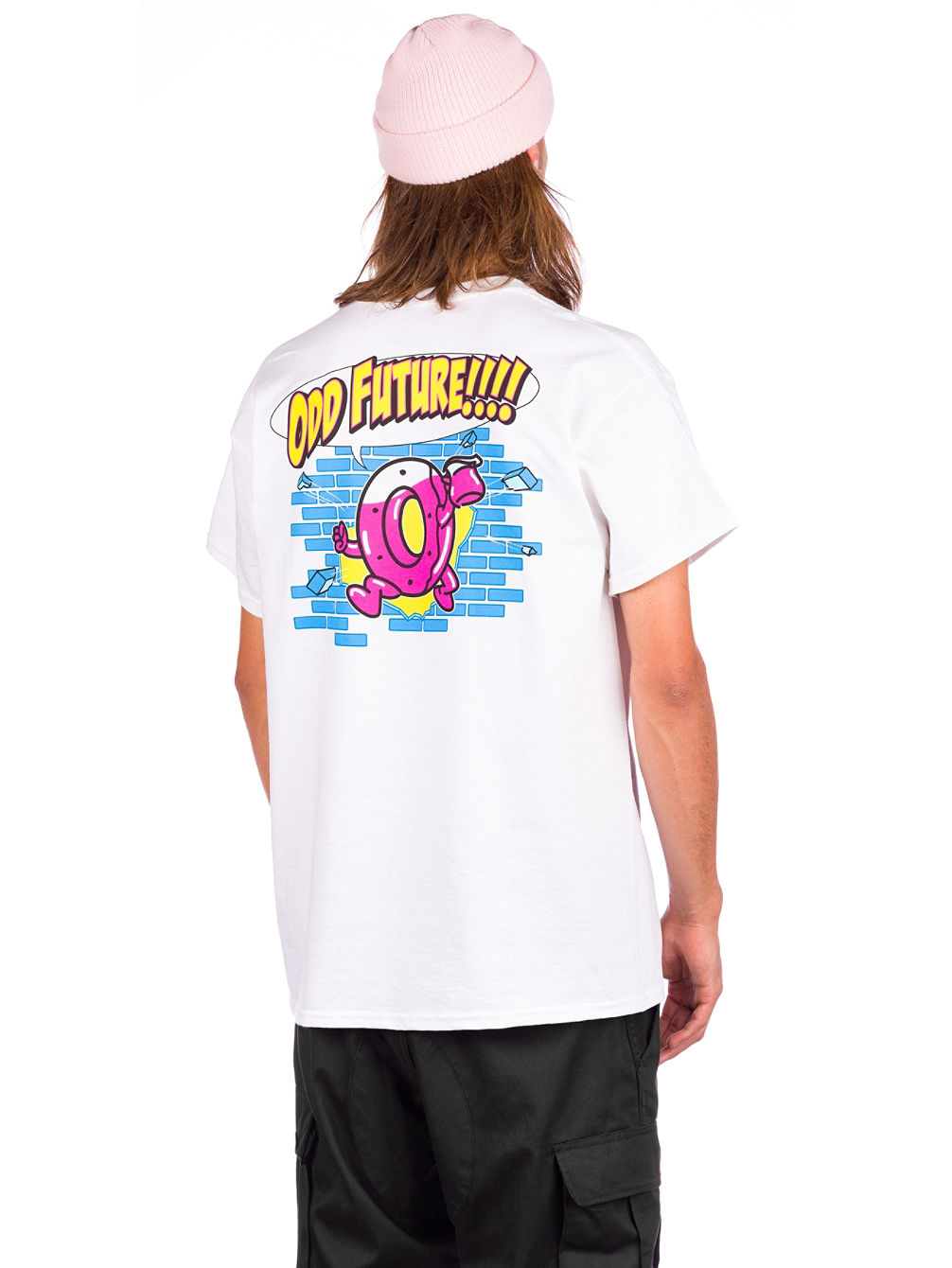 Donuts in action: The Kool T-shirt from Odd Future

Don't stop the running doughnuts: Proof of this is the Kool T-shirt from Odd Future, where donuts in action make their big entrance. In its usual humorous manner the T-shirt of the hip hop label scores with a colourful print on the back and shows once again that eye-catching, stylish T-shirts are the perfect combination to plain coloured T-shirts.