Unbelievable but true – Blue Tomato has been around for over 30 years. 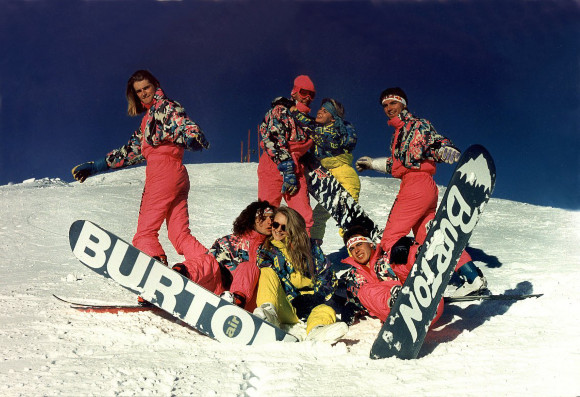 Gerfried Schuller back in the 80's

What has happened in the last 30 years? Travelling through time with Blue Tomato

In the middle of the 20th century an idea was born: bring surfing to the snow. Simple! Take a surfboard, put it on the snow and it becomes a snowboard. The breakers become powder-covered slopes and the waves become kickers. This flat iron-like 'thing' definitely caused a stir in the winter sport scene.

Blue Tomato founder Gerfried Schuller was one of the snow surfers. In 1988 he was crowned European Champion and also added further six Austrian championship titles to his name. During his racing days, he found himself alongside snowboarding legends such as Peter Bauer, Shaun Palmer, Jeff Brushie and Craig Kelly. As a Burton team rider, Gerfried even surfed pow with Jake Burton from time to time. 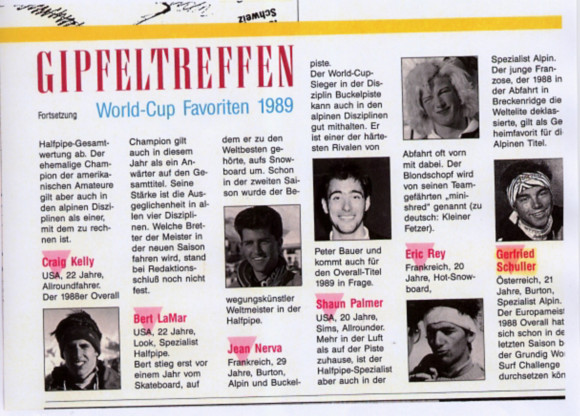 That same year he founded a snowboard school. At the time, the Blue Tomato Snowboard School was the biggest snowboard school in Austria and the foundation of a success that we still enjoy today. 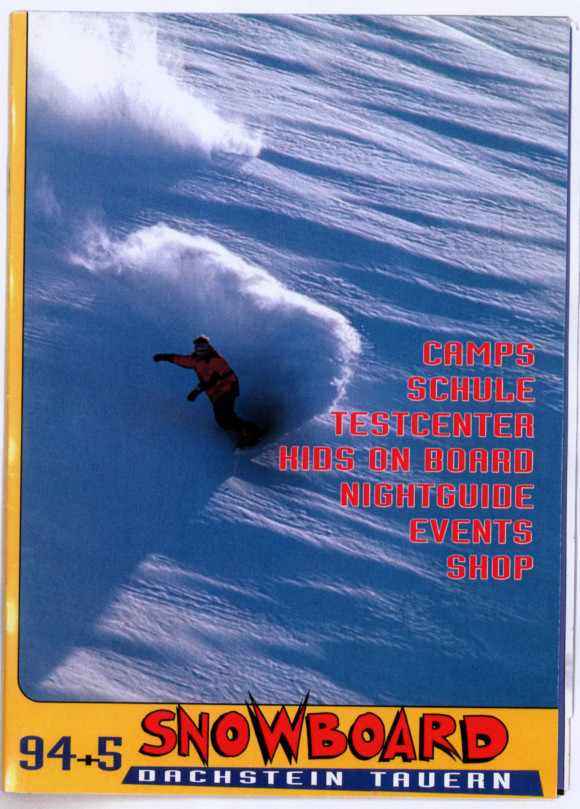 Believe it or not, but we're really talking about a garage; probably the most famous garage in the Schladming/Steiermark area. At just under 25 m², it sold everything that the snowboarder's heart desired: boards, boots, bindings, snowwear and streetwear. Every day, snowboarders from all over the region flocked to the shop. The garage was only open after riding time was up: opening time - 16:30. The sport was becoming more and more established and with it came its own distinct scene (clothing, music, style, events, etc.). If Gerfried had been told of the 35 shops in Germany, Austria and Switzerland at that time, he would not have believed that Gerry's garage would become the leading Omni-Channel retailer in the industry. 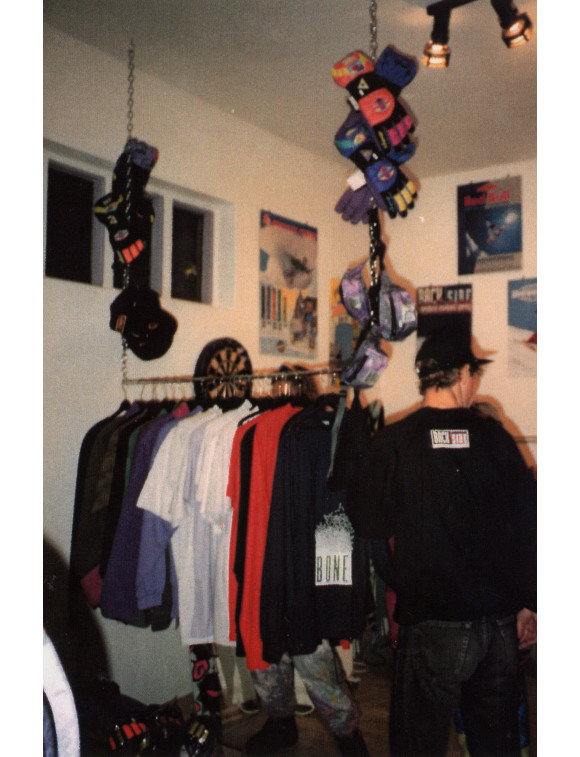 The Blue Tomato Shop in Schladming was about 150 m², with offices upstairs. For the first time, there was a real snowboard shop in the area! The selection gradually increased, while the reputation grew and grew. The shop sold everything from hard goods, snow and streetwear to cool accessories. And to this day that has not changed - the selection at Blue Tomato grows daily.

Five years after the first stationary shop was opened, the first Blue Tomato Online Shop was launched. Today's online shop offers more than 450,000 products and is available in 14 different languages. Blue Tomato is also present in the social media sector. With more than 465,000 fans on Facebook and more than 80,000 followers on Instagram, Blue Tomato maintains daily contact with customers and fans. 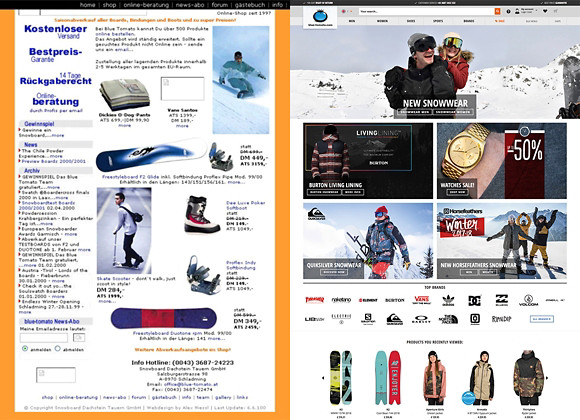 In black and white! In 2002, Blue Tomato proudly presented its first print catalogue. Nowadays, there are four different editions every year: the snowboard, freeski, summer and streetstyle catalogues. Translated into five languages, the catalogues reach all over Europe. The photoshoot is organised and carried out in-house. The models are not from a model agency but from the skatepark and snowpark. In the beginning, it was even the own employees who were in front of the camera, but today there are people like you and I. Blue Tomato customers who want to have a little bit of photographers’ flashlights, trousers-off-trousers-on and mountain or ocean air. 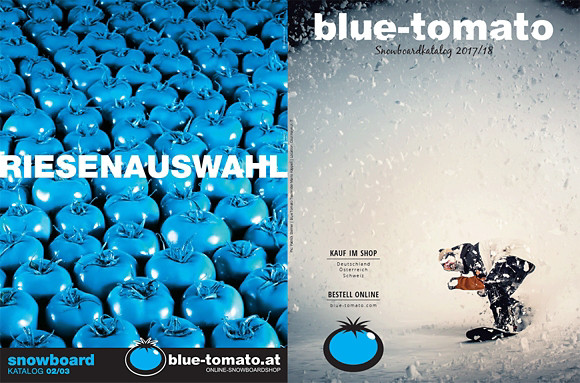 Ten years after the first catalogue and after success and development in the online world as well as numerous stationary shop openings, Blue Tomato was acquired by the US action sports retailer Zumiez. Zumiez has more than 600 shops in the USA and Canada. Both companies are now working together, combining their passion for action sports.

your ride. our mission.