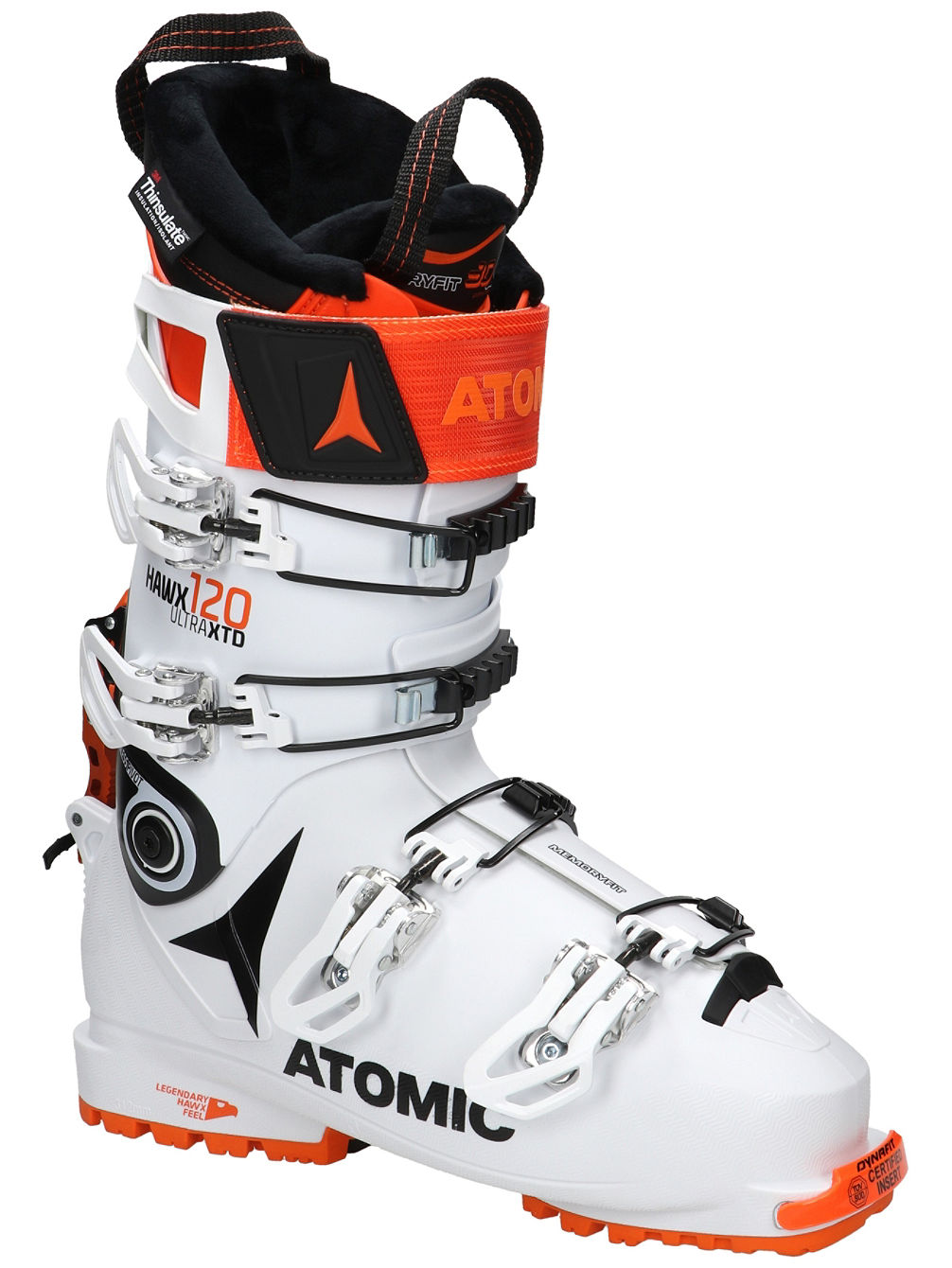 A touring revolution from Atomic

In the past, there has always been compromise involved with ski touring, and in particular, the ski touring boots. Generally, a boot which has excellent performance on the hike up, cannot ski down as well as a dedicated alpine boot. On the other hand, a more alpine dedicated ski boot will struggle when on a tour because of the weight and lack of a 'hike' mode. As a solution, Atomic have developed the Hawx Ultra Xtd line of ski boots. They took the popular high-performance shell from the Ultra Series of ski boots added an impressive Free-Lock walk mode, a grippy touring sole and tech inserts to transform the boots into an excellent touring model. These features combined with impressive weight savings which make the Hawx Ultra Xtd, remarkably, lighter than most alpine touring boots on the market. A real revolution from Atomic.

Outer Shell
The shell of the boot is an adapted version of the Hawx Ultra series of boots, which is the narrower all-mountain offering from Atomic. This shell has been further lightened, given a rockered, rubbered walking sole and most importantly the Free/Lock 2.0 mechanism with 54 degrees of motion. All these features add up to a boot which is lighter than most touring boots but skis with the stiffness of a true alpine boot. The shell's PU and Grilamid plastics are also fully heat-moldable with an Atomic oven.

Inner Boot
The new Memory Fit 3D Gold Light Liner is lightweight, supportive and easily washable, which is, in short, everything you would need for a touring liner. It is also articulated at the cuff to support the walk mechanism.

Buckles
The 6000-Series Alu Buckles are the lightest which Atomic have, secure and strong, with extra teeth to support the walk mode. There is also an oversized powerstrap and lacing on the liner itself to help hold the shin tightly.

Taking a giant leap into the unknown, Atomic have made themselves synonymous with freestyle skiing. With the help of freeski giants such as Jossi Wells, Atomic has taken the freeski scene by storm innovating not only their image but skiing itself. With some of the flyest freeskis on the market, Atomic have broken the mold that only had space for alpine racing.