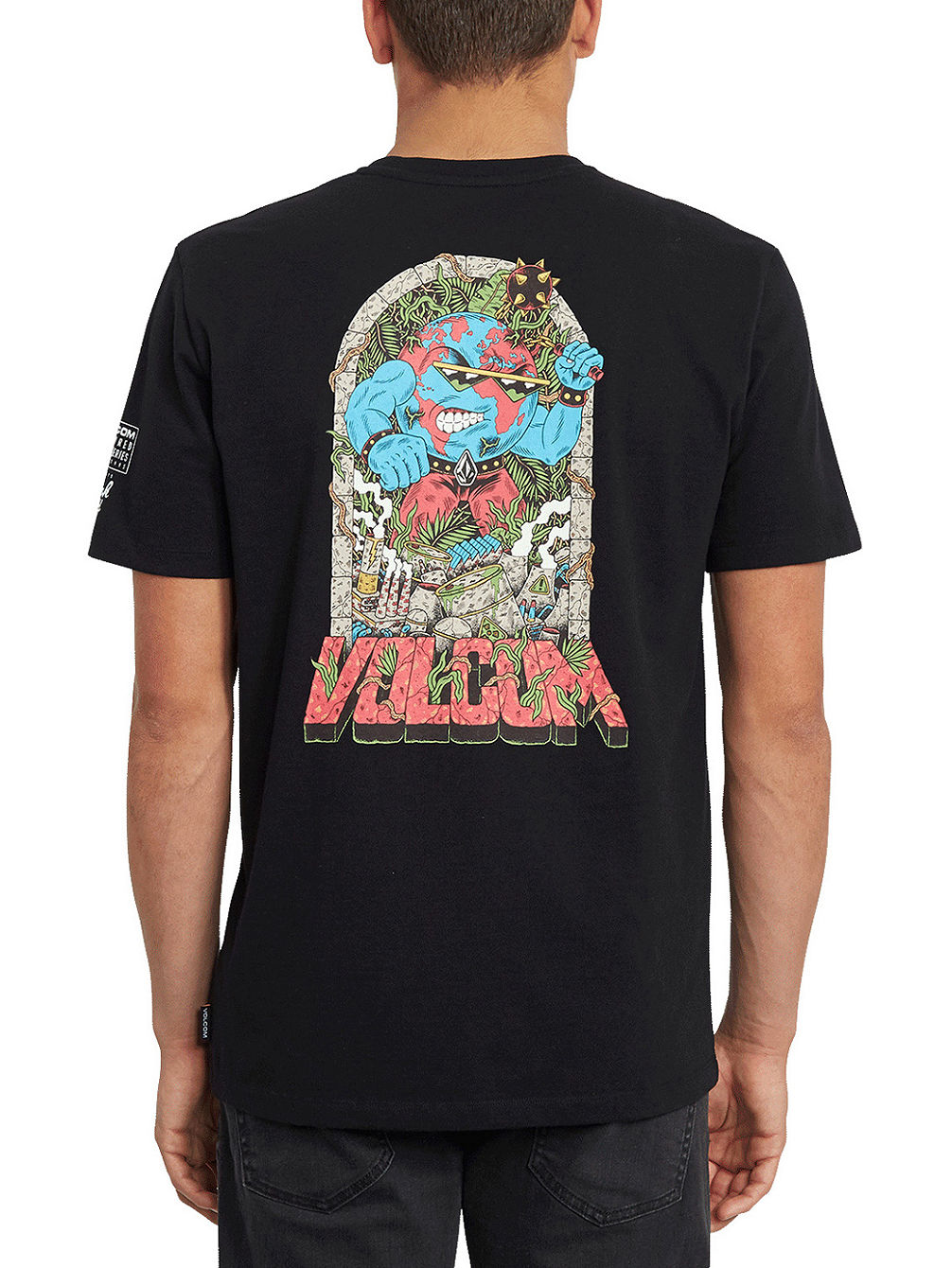 Freak City is an illustrator from Bordeaux born in 1984. Feeding on pop culture from childhood, today we see the main influences that have forged his direction, somewhere between American comics and punk aesthetics. Having learned his trade in the underground scenes of micro-publishing and indie rock, he maintained his urgency and energy to define a personal universe, falling between retro-futurism and urban rock. From his usual drawings in Indian ink or silkscreen on textile and paper, we can see now how this has evolved into sagas or volumes, as well as in the press, where he illustrates most of his ordered work (Le Monde, Newsweek, GQ, ESPN, Science, SoFilm...)

Born out of the spirit to pursue ones passions, Volcom's mission is to turn obstacles into opportunities and give people the courage to tempt the impossible. Right in line with what we here at Blue Tomato strive to do. Volcom have taken the snowboard, skate and surfing scenes by storm since they kicked the whole thing off in 1991, and it doesn't look like they are about to stop any time soon.