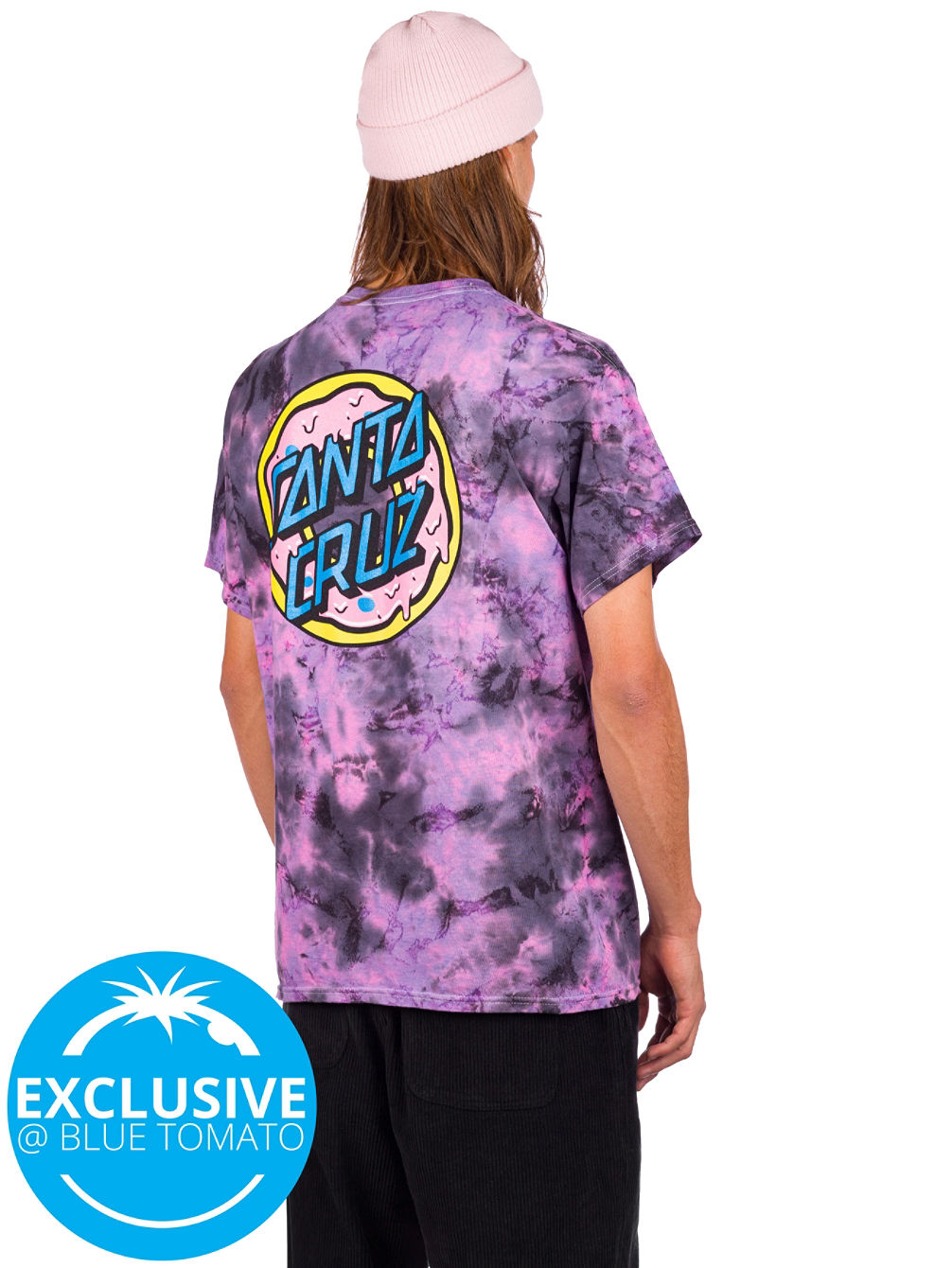 You want to stand out at all costs? Then maybe the two coolest skate labels have something for you: The Odd Future X Santa Cruz donut T-shirt, which not only comes in a colourful pot of paint and a cool tie-dye wash, but also has two retro-look prints that are guaranteed to steal the show.