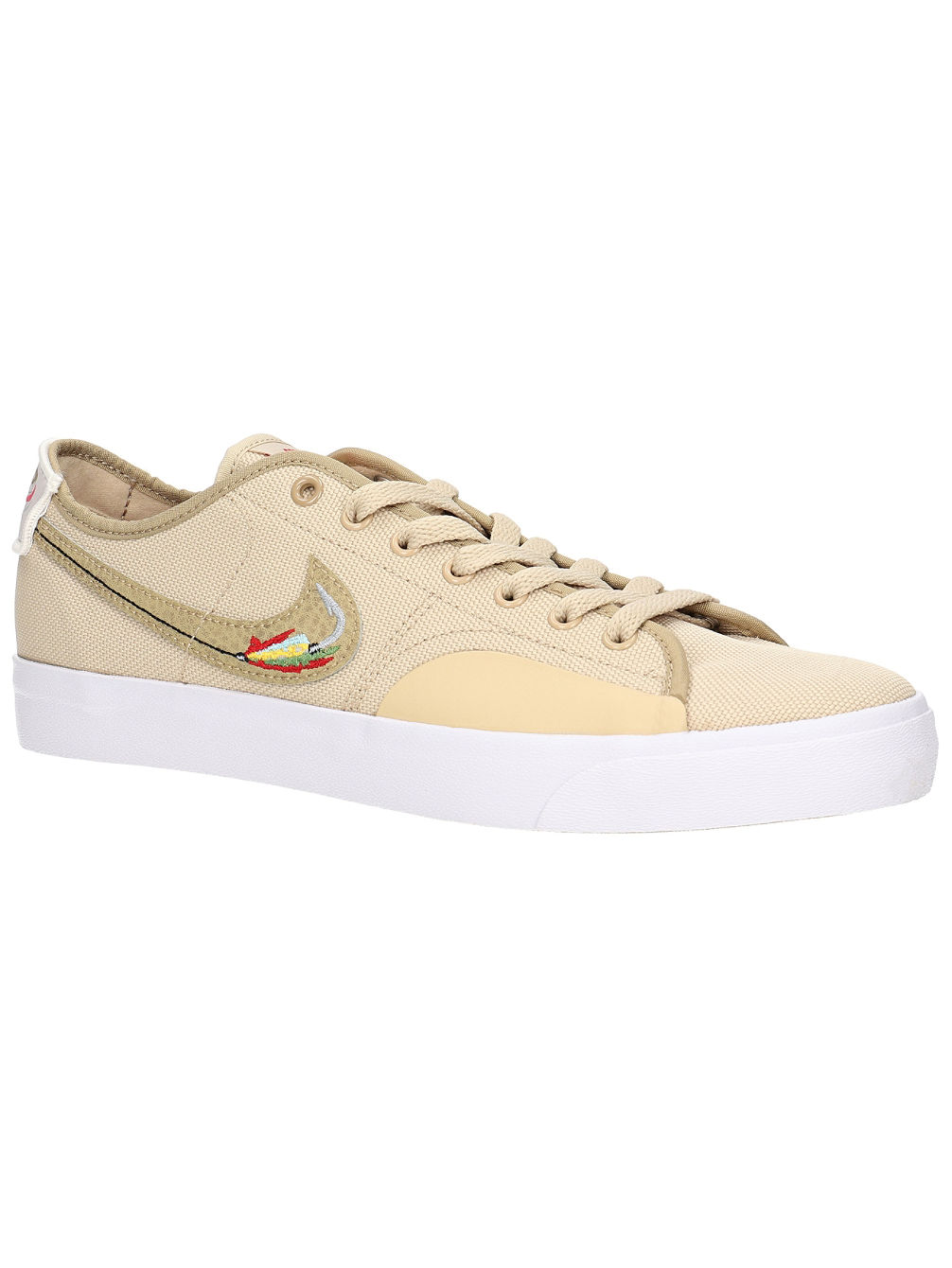 The Nike SB Blazer Court DVDL is Nike SB Rider Daan Van Der Linden's signature model.
The SB Blazer has been made from twill and thus shows parallels to classic fishing vests. As you've probably noticed, there are fishing details all over the shoe. A decoy in the Swoosh, there's a fancy patch on the heel and a print on the insole.
When Daan is not skateboarding, fishing is his favourite pastime. This is clearly evident in his new collection.

Skate Tech
The Nike SB Blazer Court DVDL Skateboarding Shoe comes with a thinner rubber in less stressed areas for a lighter, registered feel from day one. In contrast, the ollie zone is covered with a tough rubber for durability.

Daan Van Der Linden
Daan hails from Eindhoven in the Netherlands and when he's not skateboarding, his favourite pastime is fishing.
He is known for not considering anything unskateable and knocks out the hardest tricks at the most difficult spots. In his videos you can see bails every now and then, just because his skate style is so smooth and clean, and you wouldn't think anything would go wrong.

Nike SB has a packed roster of elite skaters to back them up, including giants Stefan Janoski and Paul Rodriguez. Working closely with their athletes, Nike SB ensures that their shoes and apparel are 100% skate friendly. With sleek, classic designs, the skater in us lets out little shrieks of joy after seeing each and every Nike SB collection.