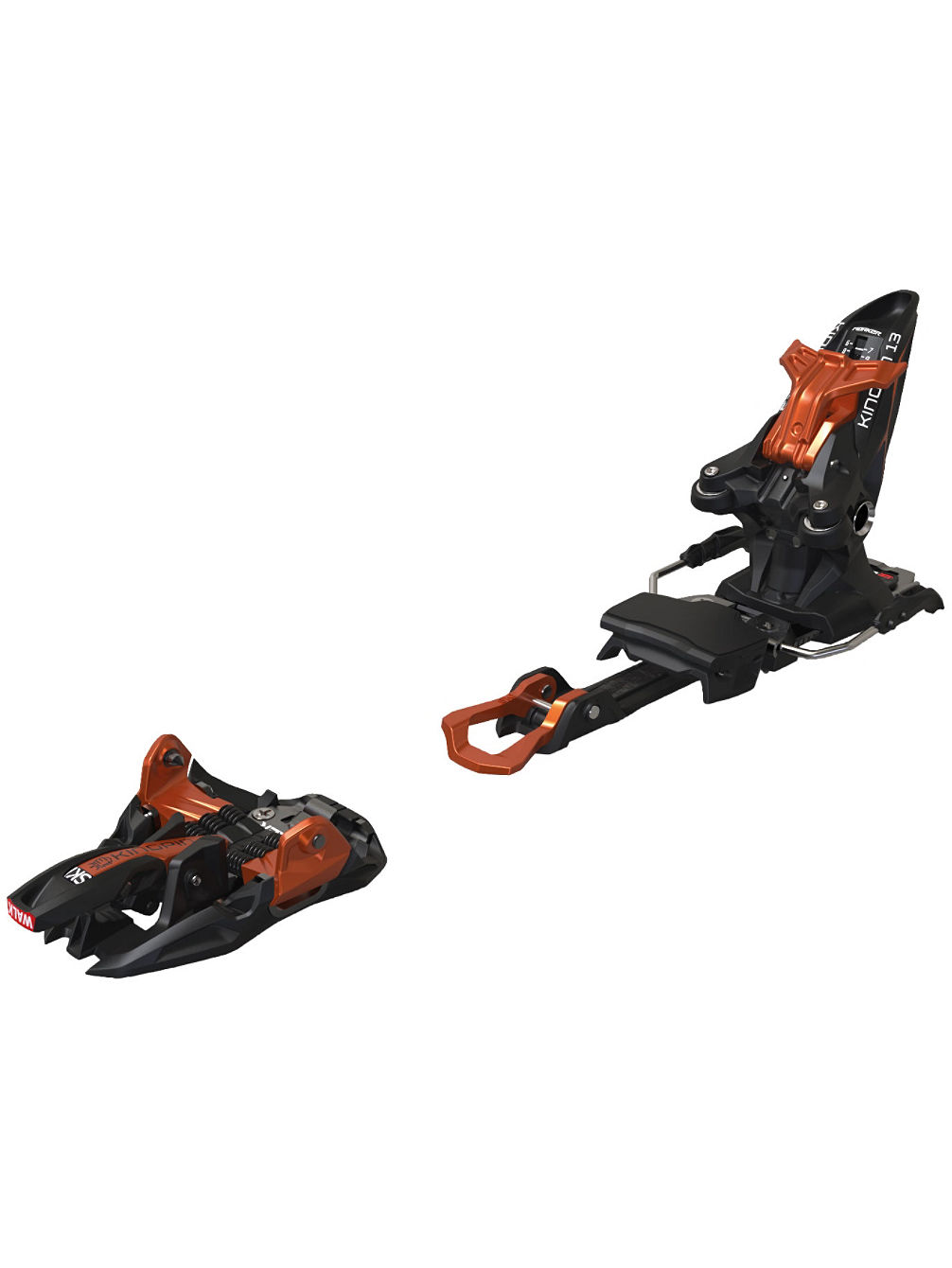 Marker stayed out of the Market for Pintech until recently, but with the Kingpin, they have brought their industry leading ideas to tech binding. The Kingpin, now in its third full year is a resounding success, bringing the best of the alpine and touring bindings together.

Firstly, the range of application of the Kingpin is very broad: the binding excels high alpine, ski touring and freeride touring. Marker has made it so that the binding due to its weight and power transmission is equally as comfortable, ski mountaineering in Chamonix as it is ripping lines on the way down.

Kingpin Toe and Heel
The secret to the Kingpin's excellent riding is the combination of a six spring traditional style pin toe and an alpine style heel piece. The tech toe offers the frictionless gliding and touring but with six springs for added grip and elasticity rather than four on most touring bindings. The alpine-style heel provides unmatched power transmission for the ski down.

Climbing Aid
Marker has managed the impossible with the Kingpin, a binding which has excellent performance on the way down but also superior lightness and touring action on the way up. Weighing only 750 g with brakes, the Kingpin 13 is light enough for all but speed touring pursuits. The binding has three different heights of climbing aides, 0° for flatter ground, and 7° and 13° for progressively steeper skin tracks and ascents. When in tour mode the brake will lock away automatically then re-engage when the binding is in ski mode. The toe of the binding is adjustable for the majority of the touring boots on the market, with an easy step in.

As now is the norm with high-performance ski touring bindings, you don't need to step out of the binding to switch between ski and walk mode. With a simple switch, you can either enter ski or release from ski mode. Additionally, you can change all of the climbing aid and engage the toe with your pole. With the Kingpin Binding, Marker is redefining what's possible with a touring binding, in both the convenience on the way up but also the excellent performance on the way down.

Staff Pick: Das All in One Ding - 2 Welten in einer Bindung.

As the pioneers of both releasable ski bindings and freeride touring bindings, Marker have done a lot for the skiing community over the years. They have given riders a chance to enjoy every aspect of the mountain without having to sacrifice the quality of their experience. With one of the largest athlete teams in the world, Marker are constantly pushing to make skiing better.