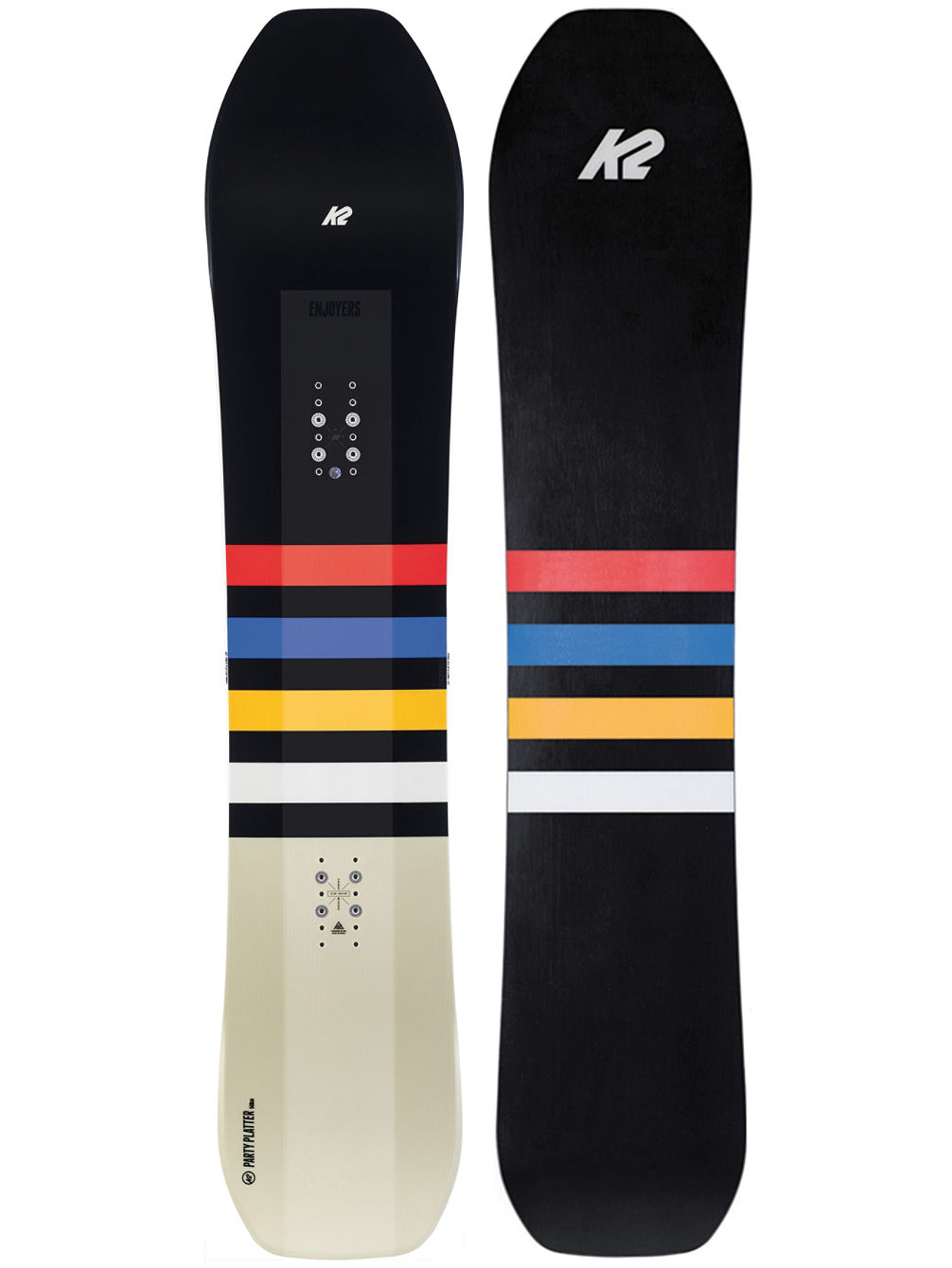 Shape
The Party Platter has a Directional Shape which increases float and stability at speed. Directional is the classic snowboard shape, designed to be ridden with a slightly longer nose than tail to concentrate pop in the tail while still giving you plenty of float, flow, and control to rip any terrain and condition.
Profile
The best of both worlds. By blending both traditional Camber and Rocker profiles, Combination Camber Baseline™ gives you all the benefits of both, the pop and precision of camber, and the float and predictability of rocker

Flex
A soft-medium flex ensures precise response, yet with enough flex to butter and jib.

Construction
Volume Shift™ moves volume from the tips and tails of traditional snowboard shapes and placed it underfoot where it can be better controlled. This makes a wider, shorter design that maintains the same float and stability of a traditional board but increases mobility and manoeuvrability. Hybritech™ is the most efficient way to make a snowboard without sacrificing performance. Featuring sidewalls along the running surface that flows into the tip and tail, reducing swing-weight, optimizing turn initiation, and providing unrivalled durability.
The BAP Core is made of three species of renewable timber to assemble a core that’s strong, lightweight, and designed to enhance dampening without the addition of other materials. Built in place in a pre-loaded cambered shape and placed between the binding inserts, the Ollie Bar™ silences the myth that rocker boards don’t have the same pop that cambered snowboards do. Biax Fibreglass features a jib-friendly, torsionally soft flex and forgiving, park-friendly feel. The Sintered 4000 base absorbs wax deep into the material for relentless glide and unrivalled durability.

Coming off of over 50 years of experience, based in one of the snow densest spots on earth, K2 know a thing or two about snow sports. If you want serious innovation and world-class technology that will let you play your heart out and put a bright smile on your face, K2 is the company for you.